History of the borough

In April 1965, the London Borough of Camden replaced the former metropolitan boroughs of Hampstead, Holborn, and St Pancras. It was named after the first Earl Camden, Charles Pratt, who started the development of Camden Town in 1791.

The earliest known settlement was on the high lands of Hampstead Heath and dates back to the Mesolithic age around 7000BC. For many centuries the area remained heavily forested, with fertile land drained by the Fleet, Tyburn and Westbourne rivers, and other streams. 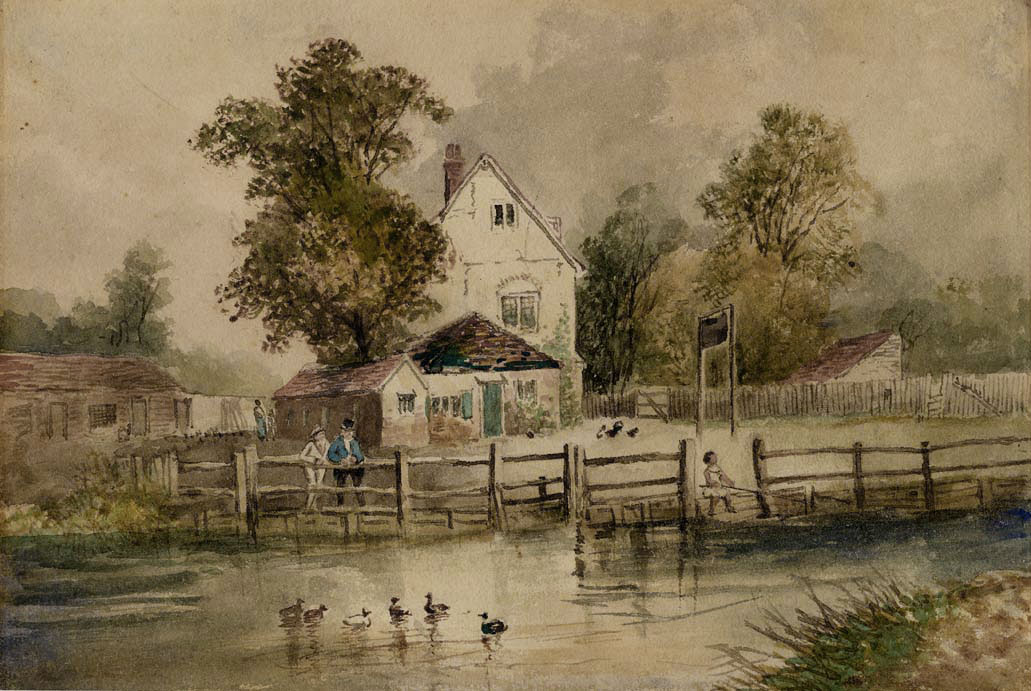 From the Roman city of Londinium legions used a great highway leading to the west that is now High Holborn and Oxford Street. Watling Street, another Roman road leading to St Albans, forms the western boundary of the borough and is known today as Edgware Road, Kilburn High Road and other local names. Other Roman roads probably passed through Hampstead and Highgate. 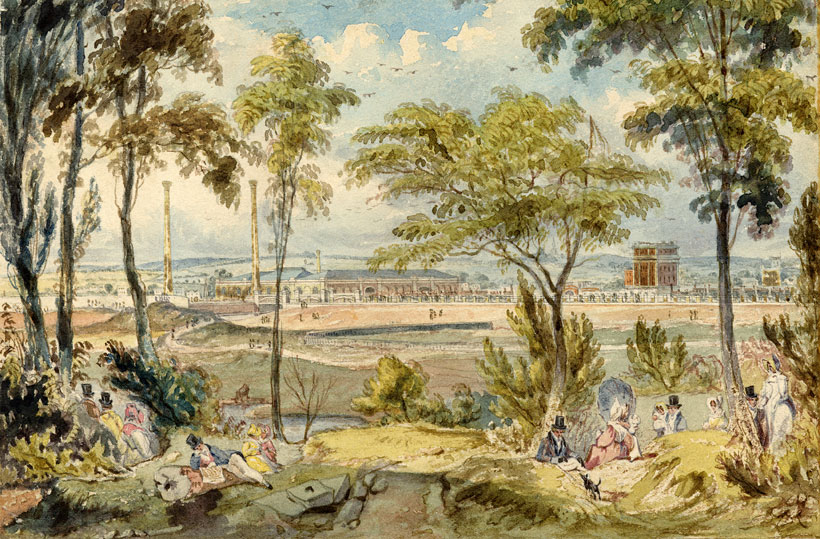 The Saxons later built their city Ludenwic to the west of Londinium, on a site which excavations have recently confirmed as stretching from the Thames through Covent Garden to around the Kingsway and Holborn areas. Early charters from that period include boundaries that, over a thousand years later, still form part of the boundaries of the present borough.

In 959AD King Edgar granted to Westminster Abbey land that lay south of the 'wide army street' of High Holborn, including the old wooden church St Andrew on 'Holebourne'. The Anglo-Saxon name of burna, a stream, and hol, a hollow, provided the original name of Holborn, while the lower part was a tidal creek known in Anglo-Saxon as a fleot which later became the Fleet River.

The Domesday Survey of 1086 was the first systematic attempt to describe the communities; who owned them, their value and how many people worked the land. The manors of Tothele [Tottenham Court], Rugmere, St Pancras, Hampstead, and Holborn are recorded as small hamlets where the inhabitants ploughed the land and kept pigs in the forests.

The spread of London continued outside the city walls, along High Holborn and to the south towards the river Thames. John de Kirkby built a house and chapel in the 13th century, which later became the London palace of the Bishops of Ely. John of Gaunt, Elizabeth I, Richard III and Henry IV were among the many famous visitors and guests.

In 1576 the Bishop was forced to grant a lease to Christopher Hatton by Elizabeth I. His grandson later developed the estate in the 17th century. St Etheldreda's Church in Ely Place is all that remains of the palace.

Around Holborn, London's legal quarter developed from the 14th century, lawyers often gathering together in 'Inns' for training and support, Gray's Inn and Lincoln's Inn are examples which still exist.

To the west, the leper hospital of St Giles was established in 1117 by Queen Matilda and remained as a hospital until the 16th century on a site that is bounded by today's St Giles High Street, Charing Cross Road and Shaftesbury Avenue. The present St Giles in the Fields Church, built in 1734, is probably the third on the site and its parish was once one of the most overcrowded and insanitary in London. The first outbreak of the Great Plague of 1665 occurred nearby and the parish was one of the worst affected.

Blemundsbury, now Bloomsbury, was named after William de Blemund who acquired land there in 1201. The manor passed to Lord Southampton and later to the Duke of Bedford who began to develop a series of graceful squares and streets for the fashionable and wealthy. Bedford Square 1775-1783 remains one of the most attractive and complete 18th-century squares in London.

Authors and artists later settled here including Virginia Woolf and other members of the Bloomsbury Group. Famous buildings in the area include the British Museum, the University of London and some of its colleges.

The village around the manor house of Tottenham Court disappeared under 19th and 20th-century developments around Euston Road and Hampstead Road, leaving only the name of the road leading to it. To the west Fitzrovia grew piecemeal from the mid-18th century onwards although only gaining its current name in the 1940s. An area of craftsmen, writers and artists, it shared with Soho a very bohemian atmosphere. 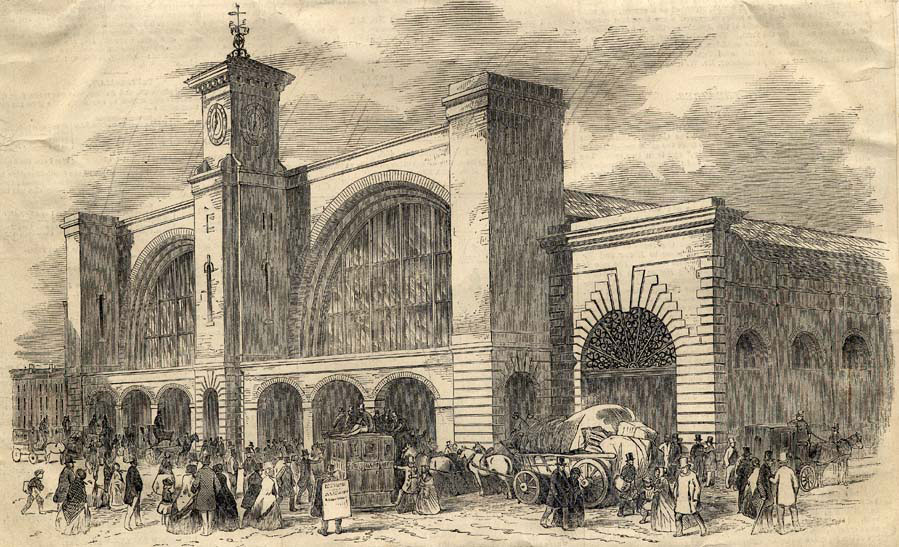 King's Cross was previously known as Battle Bridge until 1830, when a short-lived monument to George IV was erected at the junction of Euston, Gray's Inn and Pentonville Roads. Euston Road, initially called the New Road from Paddington to Islington and London's first by-pass road, was opened in 1756. Lord Somers was a landowner who took advantage of its construction to develop his fields as Somers Town.

The area later became home for many refugees from the French Revolution and people fleeing from Spanish-ruled lands, particularly from South America. It is now home to the new British Library on Euston Road, opened in 1998. 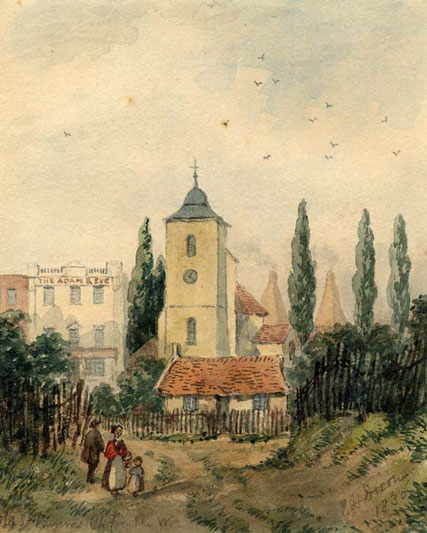 A little to the north of King's Cross is one of the borough's oldest buildings, St Pancras Old Church in Pancras Gardens. Its exact origin is unknown but parts of it date from the 13th and 14th centuries, although older Roman tiles and bricks have been used in its construction.

The church and the former borough were named after Pancratius, a young boy martyred in Rome for his religious beliefs in 303. Much of its churchyard now lies under  the railway lines into St Pancras Station.

At the heart of the borough lies Camden Town. Named after Charles Pratt, the first Earl Camden, who started its development in 1791, Camden Town began life as little more than a handful of buildings beside a main road. Camden Town's expansion as a major centre came with the opening of the Regent's Canal to traffic in 1820

Improvements to transport provided employment for the local population, which, by the end of the 19th century, had grown significantly. Many streets were changed when new housing developments and schemes were introduced in the 1960s. The conversion of Camden Lock's wharves and warehouses on the Regent's Canal to craft markets in the 1970s ensured Camden Town's future as one of London's top tourist attractions.

Chalk Farm was originally a farmhouse and later a tavern set in fields. Soon after 1840 housing and shops were developed in Regent's Park Road but the building still survives as a restaurant.

The arrival of the railway stations, Euston (1837), King's Cross (1852), and St Pancras (1868), together with their extensive goods yards and sidings, provided massive employment and encouraged local industrialisation. The borough became a major centre for the piano, organ and furniture industries, light engineering and scientific instruments.

While there is now very little industry in the borough it remains an important commercial centre, and its proximity to the City of London and Westminster strengthens this. 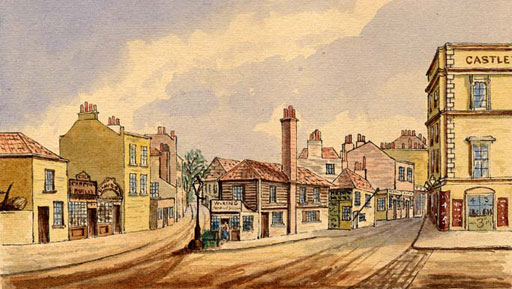 The name 'Kentish Town', in its earliest form, 'Kentisston', was first noted in 1208, during the reign of King John. In 1456, by now recognised as a significant hamlet, the inhabitants of Kentish Town gained a purpose-built chapel of ease.

However, today there are no visible remains of buildings dating to before the 18th century and its rural character has disappeared, as too has the River Fleet, which once ran through the area.

With Kentish Town Road remaining a major thoroughfare north, the early 19th century witnessed an enormous development in building particularly during the 1840s and 1850s. Large areas of land were also acquired for railway development.

An area to the west of Kentish Town, Gospel Oak derives its name from an oak tree that once stood to the east of Southampton Road. The exact site is not known. The tree would have been included in a customary ceremony in which readings from the Gospels took place underneath it. It is believed that the tree was felled around 1865.

A rural area, once home to watercress beds, Gospel Oak initially developed as a residential location during the mid-19th century. With the coming of the railway and the introduction of small light industries, the area obtained a working class respectability. However, after the decline in railway expansion and later post-Second World War redevelopment, Gospel Oak has now again become largely residential.

Belsize was a sub-manor of Hampstead. Belsize House, a well-known place of entertainment, was demolished in 1853 and the area known as Belsize Park built on the estate, leaving only its main drive as Belsize Avenue. The area of Swiss Cottage was named after a pub on Finchley Road, sited next to a tollgate and built in 1840 in the style of a Swiss chalet.

Apart from local street names nothing remains of Kilburn Priory, a 12th-century foundation that provided shelter and food for travellers until the dissolution of the monasteries by Henry VIII. In West Hampstead the large houses of West End have been replaced by streets of Victorian houses, although much of the original West End Green remains.

Hampstead still retains much of its village charm. Its early fashionable popularity was a result of the discovery of medicinal water and its subsequent development as a spa after 1706, with a pump room, music and dancing attracting visitors from London and elsewhere. In the 18th and 19th centuries it was considered to be a country retreat away from the bustle and smoke of London, with fresh air and water and, as the highest point in London, a variety of attractive views.

Highgate, the other village on the Northern Heights, was owned by the Bishop of London in medieval times. It is probable that the village got its name from one of its gates. One of the most visited parts of the village is Highgate Cemetery, which was opened in 1839. It became the last resting-place of many famous people, including Karl Marx, George Eliot and Michael Faraday.

Despite such intensive building, the borough has a number of outstanding open spaces. Regent's Park, designed in 1811 by John Nash, and Primrose Hill, opened to the public in 1842, are both Royal Parks. The largest and most varied area is the nearby 800 acres of Hampstead Heath, parts of which have been preserved for the public since 1871.

Camden has been home to many famous people including John Keats, Charles Dickens, George Bernard Shaw and JB Priestley and continues to be the home for many celebrities. Camden today is a multi-cultural area at the heart of London and will no doubt continue to evolve and change over the next 2,000 years.

If you want to find out more about the history of the area visit the www.camdenhistorysociety.org

The Camden History Society aims to research and describe the history of the borough and catalogue the fabric of life in Camden's past. During the year 2000 the society ran "Catching the past - a millennium history project" - in co-operation with the centre.

Local history talks are held in different parts of the borough each month and outings and walks are arranged in the summer. Members are encouraged to undertake research themselves and help and advice is available for the beginner.

Listen to Tudor Allen, Senior Archivist, speaking  on Radio Resonance about Camden’s history and literary links and about the collections and work of Camden Local Studies and Archives Centre.